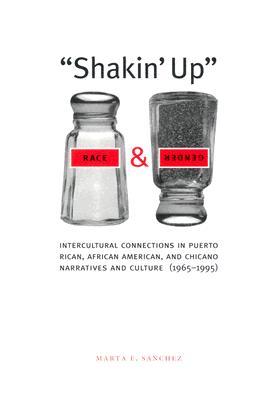 Published by University of Texas Press

I really should be studying for my Anthropology test, but yet I’m here writing this. (I decided to hit publish like a week or two after I wrote this.)

Down These Mean Streets by Piri Thomas (My mom has this book, so don’t be surprised to find this book on this blog sometime soon. Although, this non-fiction book kind of ruined it for me, since I already know what happens.)

Manchild in the Promised Land by Claude Brown

The Autobiography of a Brown Buffalo by Oscar Zeta Acosta

The Labyrinth of Solitude by Octavio Paz

The Negro Family: The Case for National Action by Daniel Patrick Moynihan

La Vida: A Puerto Rican Family in the Culture of Poverty—San Juan and New York by Oscar Lewis

If I missed any, it doesn’t really matter, because I got down the main gist of what texts she used. I read non-fiction to learn about and understand myself and others, recently I’ve been doing this. But because I am African American and Puerto Rican already, a lot of this wasn’t new to me at all. The only thing that really stuck out to me and was fresh and new was the La Malinche concept. But at the same time, I’m not surprised. Our men blame all of their miseries on us women, instead of White supremacy. That’s what I learned in this book and I know that already anyway.

What was new to me was the Chicano part and learning about La Malinche. La Malinche was Doña Marina, who was a Nahua woman that was the lover and interpreter of Hernán Cortés, the Spanish conquistador that invaded and destroyed the Aztec Empire. Nahua is an indigenous people that lives in Mexico and El Salvador. The concept of La Malinche is basically the female traitor who kissed up to the racist White man and aided in the destruction of her own people. Although, I’m reading this up on Wikipedia, which gets it’s info from various Spanish sources. so I can’t read those. There are different stories and meanings for La Malinche. Some consider her the founder of Mexico and some consider her a disgusting traitor. In a sense, she’s both.

But here’s the thing that bothered me and I guess this explains the concept of this book. Despite that Puerto Ricans and Mexicans share the same oppression of Spaniard conquest, they are still vastly different. Puerto Rican and Mexican culture and experiences are also different from African Americans.

Puerto Rico experienced Spaniard colonialism and American imperialism. Most Puerto Ricans are Afro-Latinx, so the story that Piri Thomas tells resonates with a lot of us. While there are Afro-Mexican people in Mexico, Most Mexicans are Mestizos. Some are Brown and some are super White like Guillermo del Toro. A Mestizo is someone of Indigenous and European descent by the way. The Mestizo experience is talked about in Oscar Zeta Acosta’s autobiography, you learn that Chicanos constantly feel this identity rift since their Indigenous cultures were torn from them and are assimilated with both American and Spaniard culture. (You can also Afro-Mestizo, but I guess that’s already part of Afro-Latino.)

This was one of those books I read, finished, set it down, and was like “Okay, cool. So what’s the point?”

What also made me uncomfortable was how she titled some sections of the book. “The Brown Buffalo Puts on Blackface,” is one of them, where she talks about Oscar Zeta Acosta’s autobiography, she has several titles like this in the book. When Sanchez compares non-Black perspectives with Black perspectives, she writes that they’re “putting Blackface” on. Which is a totally weird way to word things and I believe she should’ve titled that in a different way. She also constantly used the N-word  when she started analyzing certain scenes in Claude Brown’s novel to the point where it was absolutely ridiculous, as if she forgot she was Chicana.

Another problem with this book is that it’s too repetitive, which I guess is something that can’t be avoided. However, despite that, this book was very accessible, since it was written in a language that wasn’t jargon heavy and was plain and simple. But most of the time, I guess this book just flew over my head and I didn’t like how she handled African American perspectives.